Top 10 African countries to invest in

For a long time, Africa has been largely shunned by most of the investment industry. However, that has been changing over the last couple of decades. As Africa grows and the world becomes more interconnected, people are seeking opportunities this continent has to offer. Moreover, thanks to its diverse cultures, resources and markets, Africa has become a hub for investors. So, If you are an investor yourself, this article will help you find the top 10 African countries to invest in.

Egypt has been undergoing substantial economic development since the 2000s. In fact, it`s ranking The 2nd in Africa in terms of GDP. The country boasts a diverse economy, with sectors such as agriculture, energy, construction, and services undergoing growth. However, you might ask yourself why’s Egypt one of the top 10 African countries to invest in?

Well! Thanks to its Governmental reforms aiding a market-driven economy, Egypt is optimal for investors. Additionally, it has a strong currency, political stability, and increased exports, which makes it a goldmine for investments.

Morocco is Africa’s 5th largest economy by GDP, amounting to $24 billion as of 2021. Manufacturing is a top industry, and automotive, agriculture, fertilizers, and textiles are Morocco’s main exports.

The Moroccan government is aiming to appeal to investors specifically with a committed fund to finance investments across all sectors. Political stability, a free-trade agreement with Europe and the US, and 30% of its GDP coming from investments and more… make Morocco favorable for anyone looking to invest.

Considered to be Africa’s most developed economy, South Africa is one of its largest economies, with a GDP of $283 billion in 2021. This makes it hold 30% of Africa’s entire GDP. The country has been diversifying its economy since the end of apartheid, with the Johannesburg Stock Exchange. Thanks to this, it has reached a total market capitalization of $1.28 trillion as of October 2021. According to Bloomberg, the country’s economy will grow by 2% this year, and by 2.1% next year.

Nigeria is the largest economy in Africa and the 27th largest in the world. It is is a country rich both in natural and human resources. Petrochemicals, agriculture, services, and heavy industry are the main contributors to Nigeria’s GDP. Moreover, it will grow approximately about 3% during 2022, after declining partly due to the pandemic.

Although the country has been reliant on its petroleum resources, this has been changing over the past few years. Non-oil sectors, for instance, managed to contribute 92.76% to its economy in 2021. Entrepreneurship and innovation also continue to aid in the expansion of the country’s market.

Ghana has a population of 30 million people. It is a fast-growing economy, with natural resources like diamonds, oil, and silver, and a $74.26billion GDP in 2021. Ghana is recovering from the pandemic, with a 4.1% growth last year, and a projected 5.5% growth this year. The Ghana Stock Exchange, located in Accra (the country’s capital), is one of the largest and best performing in Africa. The government’s commitment to fiscal responsibility, well as political stability, also provides confidence for potential investors.

Kenya’s economy is the 3rd largest in Sub-Saharan Africa and the largest in the East African region. With a GDP of about $100 billion in 2021, Kenya’s economy will potentially grow by 4.9% during this year. The country is growing across a wide range of sectors, with everything from real estate to agriculture and stock markets, providing many investment opportunities. Sound economic policies and reforms enacted by the government are also factors that make Kenya quite attractive to investors.

The country of Algeria is one of Africa’s most populated countries, with about 44 million people. Algeria has relied mostly on oil and natural gas for its GDP, which reached about $151 million in 2021. However, the government has begun to shift its focus to renewable energy and modernize the country’s financial sector making the country more investor-friendly. The country’s proximity to Europe and large mineral resource deposits also make it attractive for investment and business opportunities.

With a population of over 100 million people, Ethiopia is Africa’s second-most populous country. It is also the continent’s fastest-growing economy, with a growth of 6.1% in 2020. Although agriculture is Ethiopia’s main industry, the country’s industrial sectorwill play a major role as well by 2025. Ethiopia’s government is making efforts to attract investors, like starting a $150 billion fund seeking investors for its public enterprises and assets. Its free-trade agreement with the European Union provides investment opportunities as well.

Angola is a Central African country with a population of about 33 million people. It is one of Africa’s largest producers and exporters of oil, with this sector producing about half of the country’s GDP. Although this reliance has left its economy vulnerable to fluctuating oil prices, Angola is taking steps to diversify its market & overall economy.

Over the past few years, major investments have been made in several sectors such as infrastructure, agriculture, and construction. With government policies aiding foreign exchange, and fiscal consolidation among others, Angola’s GDP is expected to cross $100 billion this year.

Africa has many novel financial and investment opportunities. However, the above 10 are some of the best countries to invest in. Now that you have a general idea of what these countries have to offer, it is best to conduct further research into any of your choices. Every country is unique in what exact opportunities they provide, as well as the restrictions, policies, and regulations they have. General economic, environmental, and political climates are also very important to consider.

However, if you haven’t found the right country for you, don’t limit yourself! That’s because this article about the top 10 African countries to invest in are just one example. Try to learn more about this enormous continent to find the right choice for you! 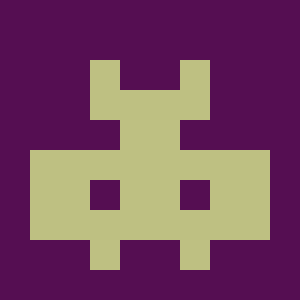 […] If you’re excited to learn more about this wonderful continent! Read about the best African countries to invest in. […]

10 Best Countries to Visit in Europe in 2022 - overmentality

[…] Read also: the best countries in Africa to invest in […]