GTA 6 confirmed: what we know so far

After the release of GTA V, Rockstar Games officially confirmed the development of the much-anticipated series sequel GTA 6. However, rockstar games remained tight-lipped about the detail of their upcoming tripe A title. Although we don’t know much about this project! There are plenty of speculations about GTA 6 that we will discuss in this post.

Here is all we know about GTA 6 so far

What is the release date for GTA 6?

Nobody knows exactly when this game will be released. However, Rockstar mentioned that the development process of GTA 6 is “well underway”. This means that the release of this very anticipated game is most likely coming in sooner rather than later.

And while Rockstar didn’t share enough details about the game, I expect many will be happy to hear it exists.

On the other hand, Rockstar games never actually mentioned that their next title will be GTA 6 for sure. This will lead to countless internet rumors and theories about what that actually means.

However, we don’t recommend you read too much into that though. That’s because announcing a title is something the publisher will likely do at a later date via a YouTube trailer or live event.

What is the setting of GTA 6?

There has been a ludicrous amount of speculation in terms of what the setting of GTA 6 will be. Many fans have predicted that the GTA franchise will return to the legendary setting of vice city. After all, it remains the only GTA map that is yet to make its revamped debut in the HD universe of Rockstar games.

However, many people wish that Rockstar take a huge leap forwards and make GTA 6 take place in all of their legendary settings, such as the state of Sanandreas and the gloomy and grimy liberty city.

Many people have also suggested that rockstar completely switch their formula and take their legendary franchise to a whole different country or continent, such as Canada or somewhere in Latin America or even Asia.

Another popular speculation about where GTA 6 will be taking place was a modern rendition of the city of Saint-Denis from Red Dead Redemption 2. If Rockstar decides to make this move, it will be considered the biggest expansion in franchise history, and it will certainly drive up sales massively.

To add to all of this, Rockstar has mentioned in their announcement post on their newsletter that their goal is always to significantly move beyond what they have previously delivered. This means that Rockstar will most likely deliver an astonishing final product as per usual regardless of the setting.

What characters should be in GTA 6?

Yet again we need to mention that everything about GTA 6 is up for debate, including what characters will be included in the game. However, many fans have made several predictions about which characters should be making an appearance in the next installment of the GTA  series.

Fans have made several requests to Rockstar games for a lot of iconic GTA charters from past installments of the franchise to make a return to the series in GTA 6.

One of the most anticipated character returns for the upcoming game has to be the return of the legendary Tommy Vercetti from the original Vice City.

The main reason many people have predicted that Tommy has a very big chance of making an appearance as one of the main charters for GTA 6 is because of the very likely possibility that the next GTA setting will be a modern-day rendition of the iconic Vice City.

The appearance of Tommy Vercetti would be very important because it would give us closure as to what happened to his cocaine empire that you helped him build in GTA: Vice City. Not to mention that Tommy would make for an amazing candidate to be the mentor of the protagonist of GTA 6.

Another likely character return for GTA 6 is the much-awaited return of the legendary carl “c.j” johnson from GTA: San Andreas. Although C.J was originally tipped to make his series return appearance on GTA V, it sadly never happened. This means that the best time for C.J to return would be now or never.

The return of C.J to this legendary franchise would be much appreciated due to the anticipation surrounding what happened to him and his affiliates after the death of officer tenpenny at the conclusion of the game, and this interest among fans in C.J and his whereabouts has only grown more due to the state of disarray that grove street is in during GTA V.

A lot of fans have been left wondering what happened to C.J and Sweet after 1992 and why they left behind their gang and hood that they wanted to rebuild all along. Therefore, having an answer to this question would be a very much appreciated addition to the GTA 6 storyline.

Yet another anticipated character return would be that of the legendary duo Niko and Roman Bellic from my personal favorite installment of the Grand Theft Auto series: GTA 4. Their return to the franchise remains the most highly requested character return from fans of GTA to Rockstar games.

The return of the Bellic cousins has already been teased several times by Rockstar games in GTA V and both of the installments of the Red Dead Redemption franchise, heck, it was even teased in LA. Noire and Max Payne 3. This means that their return to the franchise is highly likely.

The plot of GTA 6 is still up to much speculation due to the secretive nature of Rockstar games. However, because of the high likelihood that the franchise will be making its comeback to Vice City, many fans have predicted that the plot will most likely be a continuation of the original installment of GTA: Vice City.

If this is the case, this would mean that GTA 6 will be a modern-day sequel to the original Vice City where we can rediscover the iconic city and all of its surrounding areas. It is also highly possible that we could see the return of the iconic Tommy Vercetti but in a more modern fashion this time around.

Admittedly, having the GTA  franchise return to Vice City would be the most logical story option because it’s the only city from Rockstar’s catalog that never got completely remastered in the HD universe of the GTA series.

Having the next installment of GTA takes place in Vice City would also offer us closure as to what happened after the events of the original game, and whether or not Tommy is still running his empire or not.

However, according to Rockstar Games, the company wants to significantly move beyond what they have previously delivered. Therefore, for this to successfully happen they need to expand the map and the story of GTA to incredible limits.

If the above statement is true, this means that we might be seeing the biggest and most expansive GTA game in history that would probably include all the famous locations and characters that have blessed the GTA franchise before.

According to many rumors, it is predicted that GTA 6 will be taking place across all the Americas from north to south, which means that it”s likely that characters like Max Payne might crossover into the GTA franchise due to the fact that he resides in brazil.

If Rockstar is courageous enough to expand the game to this extent, then that would mark GTA 6  as one of the best gaming crossovers in history. Let alone if they include the iconic city of Saint-Denis from the Red Dead franchise in the game, which would make GTA 6 an even bigger and more iconic project.

There are countless possibilities as to what can take place on GTA 6, and I personally can’t wait to get completely stunned out of my mind when we finally discover what rockstar has in store for us on GTA 6. 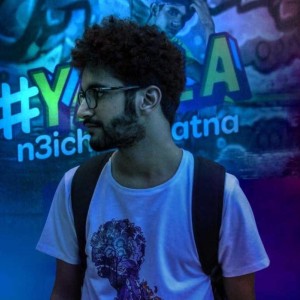 Hamid Nouasria is a Top Rated content writer and On-Page SEO specialist on Upwork. He holds a Bachelor's degree in Culture and Media studies from the Department of English, and he wrote tens of articles for different websites ranging from Business, Well-being, Technology, and landscaping.
All Posts »
PrevPreviousThe best apps for cash to make money in 2022
NextHow to become an associate in Amazon affiliate program Next
0 0 votes
Article Rating
Subscribe
Login
Please login to comment
0 Comments
Inline Feedbacks
View all comments